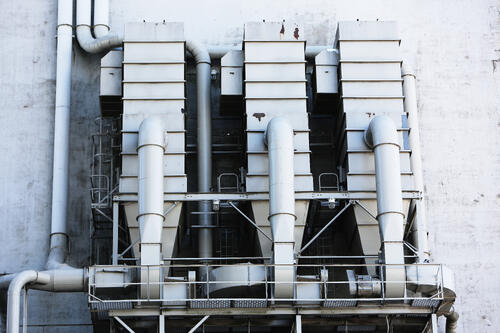 Unless you are one of the few readers of this blog who are blissfully unaware of the Securities and Exchange Commission's (SEC) conflict minerals rule, you probably know that the first-year filing deadline was June 2. The rule, which requires SEC-filing companies that manufacture or contract to manufacture products to investigate whether those products contain tin, tungsten, tantalum, or gold and, if so, to submit a special form to the SEC, has been the subject of numerous articles and analyses, not to mention lawsuits and high drama. Now that close to 1,300 forms have been filed and made available on the SEC's EDGAR website, it is a good time to take a look at what the filings reveal and what lessons can be learned from this first phase of conflict minerals compliance.

The First Round of Filings

Based on a sampling of auto industry and broader sector filings, some key themes emerged:

Reaction from the NGOs

As many in the field realize, the real "stick" when it comes to conflict minerals compliance is not worry over SEC enforcement, which is likely to be lenient, especially in the first year, but the far worse risk of adverse publicity and brand vulnerability from advocacy groups, socially-conscious investors, and customers. Groups like the Enough Project and Walk Free have already gone after one company in a big way after it came in last in rankings an NGO compiled of the actions the largest global electronics companies were taking to "contribute to the creation of a clean minerals trade in [the] Congo." Despite issuing statements about how seriously it takes conflict minerals and other CSR commitments, last year the company faced a vigorous letter-writing campaign, protests at retail outlets, a mocking video game, and colorful demonstrations at its annual meeting.

The NGOs served notice that they would watch closely the first round of SEC conflict minerals filings. So far, two groups have registered disappointment with the quality of many of the filings, with one criticizing widespread, overall deficiencies in upstream diligence efforts and lack of detail on the steps companies say they are taking to identify and mitigate risks in their supply chains. Calvert Investments, which focuses its $13 billion fund on CSR, announced it will develop its own criteria for comparing conflict minerals submissions and use these benchmarks in making investment decisions.

Even at this fairly early stage in the process, some lessons are clear:
The first year's results show a mixed bag of approaches to conflict minerals reporting, with the mostly minimal responses likely indicative of the effort involved in pulling together these initial reports, along with uncertainty caused by the late-breaking court decision invalidating part of the rule but upholding the rest. NGO and competitive pressures are likely to be major forces in pushing upstream suppliers to provide better sourcing information as companies gear up for the 2015 reporting cycle and the need to show improved results, especially as some companies move to showcase leading-edge performance. There is every reason to expect that conflict minerals issues will continue to hold a priority place in C-suite discussions for the coming year.

Jane Luxton is a partner the DC office of Clark Hill. She advises companies on compliance with conflict minerals and other supply chain transparency requirements. She is a graduate of Harvard University and Cornell Law School. Article originally posted in the July 2014 edition of Corporate Responsibility Update.