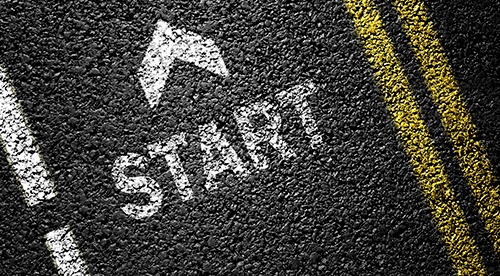 Delegates at the September 2015 Automotive Logistics Global conference in Detroit had a healthy discussion about where waste lies in the finished vehicle logistics supply chain and what possible steps can be taken to reduce it. According to a report by Rachael Hogg in Automotive Logistics e-newsletter, Marc Brazeau, Chrysler’s head of NAFTA vehicle transportation, said it takes discipline to figure out where the actual waste is. “This can save cost and improve margins, not just for us, but for service providers,” he said.

According to the report, Chrysler finds waste in capacity planning and utilization, network velocity and dwell time, and duplication of efforts. That being said, Brazeau told the audience that he is “encouraged” by discussions regarding how companies are preparing and investing in surge capacity.

Bill Pawluk, chief executive, CTM, said that one significant area of waste is empty miles, with 42 percent of automotive transport miles being logged with empty trailers, wasting time, profit, progress, and resources. “We’re running out of fuel that we can’t make later, and we’re wasting capacity,” he said. “Companies are investing in more assets, but capacity is there; you just have to get smart and work out how to use that capacity more effectively.”

The Automotive Logistics report states that Pawluk believes the automotive logistics industry can start utilizing capacity by moving closer to general freight. He said CTM has been working on an industry-wide system that identifies areas of flow imbalance and can cross-pollinate information with inbound automotive — and non-automotive too — to reduce empty miles and waste.

AIAG’s FVL Program Manager Bill Kerrigan was quoted in the report, stating that the automotive industry needs a reality check. “We’re back to pre-2008-2009 levels, but we’re running into the same problems that we had back then. We need to utilize the capital assets we have now, and break down internal and external silos, especially on the FVL side,” he said.

Lack of accurate forecasting is a major concern, said Kerrigan, pointing to the perpetual rush at the end of the month to deliver vehicles, which stretches capacity. Kerrigan said that those working in FVL need to provide an even flow of vehicles throughout the month, and manage exceptions.

The report states that Mike Riggs, CEO of Jack Cooper Holdings, also agreed at the conference that bad forecasts are a huge concern. “When companies have forecast 25-30 percent under what projections are, it’s virtually impossible to have the capacity to respond. Projections haven’t been anywhere close, and it makes us look like we’re underperforming,” he said.

Brazeau said what’s needed is more discussion between OEMs and LSPs on how to eliminate inaccurate forecasting, including recognition that changes throughout the month must become more visible to carriers. “I don’t think it’s about forecasting accuracy, it’s more about advanced planning, which is related to capital planning,” he was quoted as saying.

Kerrigan added that to provide more accurate forecasting and reduce waste, visibility, metrics, benchmarking, and collaboration must all improve.

“I don’t like the word collaboration any more than Marc Brazeau does,” noted Kerrigan, saying that a better word would be cooperation. “However, it needs to be done in a legal environment. The problem is that we’re looking at individual solutions. We need a neutral collective effort to analyze the entire FVL supply chain, and find where we can maximize utilization,” he said.

“As long as we all go our different ways, it’s not going to happen,” the Automotive Logistics report quotes Kerrigan as saying. “We need to reduce inventory days and dwell time, we need to increase capital asset utilization, and we need better FVL collaboration. It will be forced upon us as we alter the delivery model.”