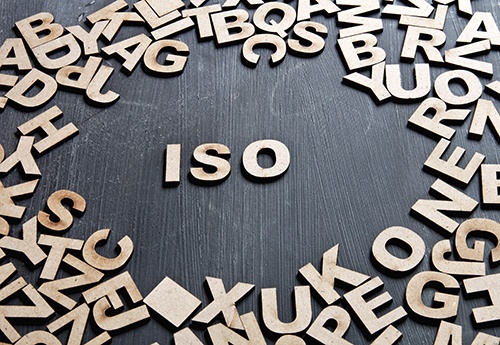 In a historic move by the International Automotive Task Force (IATF), automotive suppliers were invited to a recent international stakeholder conference to give feedback and make suggestions on what changes should be included in the revision of the international automotive quality standard to be released in December 2016.

“I’ve been in the automotive industry on the supplier side for 23 years, and I was around when QS-9000 was being conceived,” says Michael G. Sinnaeve, global vice president operational improvement and quality for Magna International and a member of the AIAG board of directors. “This is the first time I have ever been invited to attend a quality standard revision meeting.

“The fact that the governing accreditation bodies have actually opened the door to industry suppliers is commendable, and I compliment them for doing it,” Sinnaeve adds.

“It was extremely beneficial and important for IATF to allow the opportunity for the people that are actually impacted by the standards to be heard firsthand and provide input before the standards are finalized,” says Mina Cox, COO of Specialty Products Company and AIAG board member.

Cox pointed out that as a smaller supplier, she can quickly see the impacts from customer requests to the bottom line. The meeting provided suppliers with a forum to identify “what truly was necessary to produce quality products and what was redundant or wasteful,” she says.

“It’s not often that a major industry standard like TS-16949 is updated, so the IATF’s decision to ask for direct stakeholder input provided a unique opportunity to enhance the voice of the supplier community, as well as directly hear the thoughts of the certification bodies and others regarding this expansive — and very comprehensive — new document,” says John Batchik, vice president-quality for Freudenberg-NOK Sealing Technologies and also an AIAG board member.

“We found great value in participating in the recent TS-16949 Stakeholder Conference,” says David Kneisler, vice president, global quality, Dana Holding Company and chairman of AIAG’s board of directors. “We and our industry counterparts were able to gain insight into the new standard, and also provide constructive feedback.

In fact, the four members of the AIAG board of directors — Sinnaeve, Batchik, Kneisler, and Cox — comprised a total of 10 AIAG member suppliers who attended the meeting on April 12-13, 2016 in Rome.

“Each national association member of the IATF was permitted to bring up to 10 supplier companies to represent their members and give feedback at this stakeholder meeting, and AIAG had the full 10,” says Scott Gray, director quality product and services for AIAG. “This impressive level of participation is a testament to the dedication of our board and our Quality Steering Committee members.”

Sinnaeve says Gray and the AIAG quality team should be commended “for ensuring that our voices were heard and for being a catalyst for making that happen.” He believes the IATF truly listened to the suppliers’ voices and concerns about the standard. “My hope is that some, if not the majority, of our recommendations will be included in the new standard.”

“With the IATF taking action on those suggestions, it will allow for an even better standard going forward,” says Cox.

“I know we’re all hopeful that this collective feedback strengthens the core document and helps to move the global automotive industry forward, while recognizing different expectations for system execution across all levels of the increasingly complex automotive supply chain,” Batchik agrees.

Gray says that while there is still room for improvement in the process, the IATF is doing a much better job of getting suppliers engaged. “It truly was an unprecedented level of engagement for suppliers, and their feedback will yield change,” he said.

“We are certain that the group feedback from the supply base representatives and industry auditors will result in a stronger and more refined standard,” adds Kneisler.

Hundreds of stakeholder comments must be dispositioned and revisions to the standard drafted, and then a new version will be evaluated and approved by the IATF before the new standard comes out at the end of the year. ”The 16949 Revision Work Group has a lot of work ahead of us, and we are aligned on reaching our objective on time,” Gray says.

AIAG will use the annual Quality Summit on September 29-30, 2016 at the Suburban Collection Showplace in Novi, Michigan, as “a big rollout event” to provide the industry with the latest information on revisions implemented in the standard, new training offerings that support the standard, and the certification transition process.