The Enough Project on Conflict Minerals in Africa 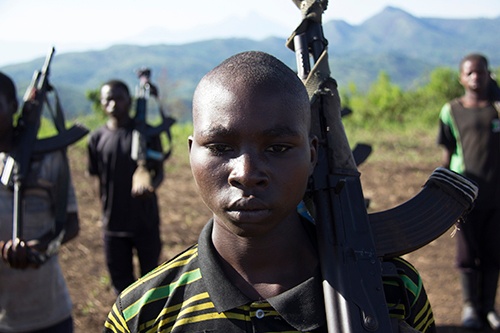 AIAG’s Conflict Minerals Industry Briefing IV on August 4th featured the latest updates from OEMs, suppliers, the U.S. State Department, and the Enough Project on key conflict minerals issues. The event provided a greater understanding of the drivers that shape the automotive industry's due diligence for compliance with conflict minerals reporting requirements, including updates on U.S. and European legislation.

A session by Sasha Lezhnev and Annie Callaway from the Enough Project addressed the current status of progress in Central Africa. Attendees learned that the conflict is the world’s deadliest since World War II, with more than 5.4 million people dead.

Here Lezhnev and Callaway share their perspectives as companies strive to comply with regulations and satisfy their customers.

AIAG: What is the Enough Project?

Enough: The Enough Project seeks to build leverage for peace and justice in Africa by helping to create real consequences for the perpetrators and facilitators of genocide and other mass atrocities. Enough aims to counter rights-abusing armed groups and violent kleptocratic regimes that are fueled by grand corruption, transnational crime and terror, and the pillaging and trafficking of conflict minerals, diamonds, ivory, and other natural resources. Enough conducts field research in conflict zones, develops and advocates for policy recommendations, supports social movements in affected countries, and mobilizes public campaigns.

Enough was conceived in 2006 by a small group of concerned policymakers and activists who wanted to transform their frustration about inaction into pragmatic solutions and hope. It was co-founded by Africa experts Gayle Smith and John Prendergast.

Enough: Conflict minerals legislation is a crucial component to supporting peace in Congo and the Great Lakes region. While it is only one part of a comprehensive approach, Dodd-Frank 1502 has created a critical transparency measure that prohibits companies publicly traded in the U.S. from ignoring due-diligence responsibilities when it comes to tracing tin, tantalum, tungsten, and gold in their supply chains. This creates a lever to support transparency, security, and the rule of law in Congo's mining sector.

AIAG: What are some of the links between natural resource exploitation and violence, and how does Enough use that knowledge to carry out its mission?

Enough: Conflict minerals from Congo are a perfect example of how natural resources are linked to violence and corruption. Other examples are diamonds from the Central African Republic and ivory trafficked by Joseph Kony's Lord's Resistance Army. The Enough Project, along with its new initiative, The Sentry (thesentry.org), is investigating the connection between corruption and violence in order to break the links and dismantle the networks of perpetrators, facilitators, and enablers who fund and profit from Africa’s deadliest conflicts.

AIAG:  Are the efforts by business making a positive impact for the DRC and its people?

Enough: Dodd-Frank 1502 and related reforms are contributing to significant progress in Congo. For example, as of October 2015, 141 mines in eastern Congo have been certified as conflict-free and 202 smelters/refiners worldwide have passed conflict-free audits. Additionally, according to a 2014 survey conducted by the International Peace Information Service, 70 percent of 3T mines across several provinces in eastern Congo are no longer controlled by armed actors. And in surveyed locations, minerals that cannot be verified as conflict-free sell for 30 to 60 percent less than verified conflict-free minerals, thus reducing profits for armed groups trying to sell conflict minerals.

However, additional support for livelihoods projects is needed, because — similar to other places where black markets are being disrupted — many Congolese miners who have relied on 3T mining are experiencing livelihood challenges due to loss of income. To address this problem, Dodd-Frank 1502 must be fully implemented, not abandoned, and strengthened with livelihood projects and other support to mining communities.

AIAG: What recommendations do you have for companies as they move forward?

Enough: Companies should directly encourage their suppliers to source conflict-free minerals from Congo and the region and, at the minimum, not discourage in-region sourcing. Additionally, companies should continue to enhance their due diligence and supply chain traceability programs by submitting accurate and thorough annual SEC filings, where applicable, to ensure that the minerals in their products benefit Congolese mining communities. They should also provide additional funding for livelihood projects and participate in multi-stakeholder initiatives, such as the Public-Private Alliance for Responsible Minerals Trade (PPA).

Driven largely by student activism and consumer demand, the conflict minerals movement has seen sustained momentum in recent years. A new U.S. Special Envoy, Tom Perriello, has been appointed, and elections in the region are set for late 2016. Many Congolese leaders and communities support conflict mineral reform efforts because they have seen direct positive impacts, because they believe in transparency and the rule of law, or both. Dr. Denis Mukwege, a world-renowned gynecological surgeon who is the founder and medical director of Panzi Hospital in Bukavu, Congo, states: "A conflict-free minerals industry would contribute to ending the unspeakable violence the people of Congo have endured for years. Government must not only enact strong legislation, they must be willing to enforce the law. Companies bear the responsibility of compliance and public disclosure, and acting transparently as consumers are increasingly aware of conflict-free components on the market.” Dr. Mukwege is also on the advisory committee for the International Campaign to Stop Rape and Gender Violence in Conflict. In 2014, he was awarded the European Union's Sakharov Prize, and in 2013, he received his first of three nominations for the Nobel Peace Prize. In May 2015, Dr. Mukwege was awarded an honorary Doctor of Laws by Harvard University. 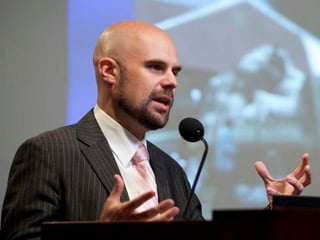 Sasha Lezhnev is associate director of policy at the Enough Project, where he focuses on peace, conflict, and corporate accountability issues in central Africa. He is a governance committee member of the Public-Private Alliance on Responsible Minerals Trade (PPA) and the founding director of the Grassroots Reconciliation Group, an organization that runs projects with former child soldiers in northern Uganda. He previously worked at Global Witness, the International Crisis Group, and the U.S. Institute of Peace on U.S. policy issues related to conflict resources, extractive industries transparency, and peace processes in Africa. He was based in Uganda for 2-1/2 years as senior program officer with the Northern Uganda Peace Initiative and advisor to the chief mediator of the peace process with the Lord’s Resistance Army (LRA). Lezhnev is author of “Crafting Peace: Strategies to Deal with Warlords in Collapsing States.” 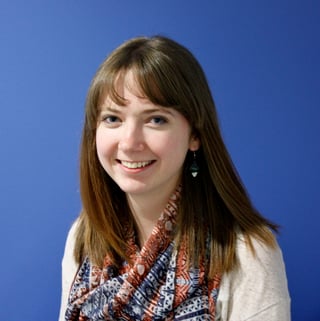 Annie Callaway is the senior advocacy associate for the Enough Project focusing on coordinating the Conflict-Free Campus Initiative as part of the Raise Hope for Congo Campaign. Prior to joining the Enough Project, Callaway was a policy intern for Global Witness, and acted as the northeast campus organizer for CFCI during the 2012-13 schoolyear. In the fall of 2011, she traveled to northern Uganda with the School for International Training, where she spent four months living with a host family, traveling around the country and the region, and conducting research on post-conflict transformation in the Acholi sub-region. She is also a former Enough Project intern.