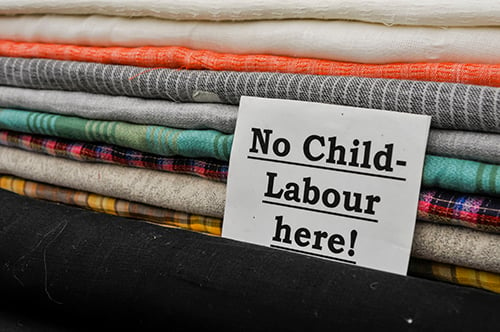 In a much overlooked but certain to be impactful provision of the United States-Mexico-Canada Agreement (USMCA), which came into force on July 1, 2020, Canada agreed to impose a prohibition on the importation of goods that are produced in whole or in part by forced or compulsory labour.

According to a World Vison Canada report, each year, more than $34 billion of products are imported into Canada that may have been made by child or forced labour. Canada has now taken the first important step to combat this issue, in compliance with the USMCA requirement.

"Forced labour" is commonly defined to be all work or service that is exacted from any person under the menace of any penalty and for which the said person has not offered herself or himself voluntarily. "Wholly or in part" would reasonably include the presence of forced labour anywhere in a supply chain.

Canada now joins the United States, the United Kingdom, Australia, and many other of its other trading partners that have already taken legislative and regulatory steps to combat modern slavery.

Addressing Environmental, Social and Governance (ESG) Concerns
Amid the ongoing COVID-19 pandemic, Canadian boards of directors have become much more familiar with and focused on risk oversight of their business's supply chains. The new Canadian prohibition must now become an integral part of that agenda.

The issue of forced labour, however, goes beyond mere compliance. In fact, it should be a critical part of every business's approach to ESG issues. Canadian boards are well aware of, and should already be responding to, growing pressure from investors, activist shareholders, consumers, NGOs, and class-action lawyers to address modern slavery issues in their business operations and supply chains. Despite this mounting pressure, too many businesses have remained at the very early stages of engaging with stakeholders on these issues — assuming that they have done so at all.

Now, after much delay and soft law, the "legislative shoe" has finally dropped in Canada. Canadian boards and CEOs would be well-advised to take the lead and clearly set the tone at the top. This means articulating to their stakeholders that their businesses prohibit the use of forced labour in their operations and supply chains.

Enforcement
We currently await further information from the federal government and the Canadian Border Services Agency (CBSA) as to how this prohibition will be enforced. In the meantime, however, the United States offers us an idea of what shape such a dedicated enforcement regime could take.

Indeed, since 2016, the U.S. has had a distinct and increasingly active enforcement program. Through an online U.S. Customs and Border Protection (CBP) portal, any person can report alleged violations of the prohibition on the import of forced labour-made goods. Following an investigation, suspected forced labour-made goods can be seized and detained by CBP at the border pursuant to withhold release orders (WROs). Importers of detained goods are then provided an opportunity to submit proof to CBP that the merchandise was not produced wholly or in part with forced labour. Thirteen WROs have been issued by CBP since September 2019. Other enforcement tools that have been utilized include the imposition of sanctions and civil penalties.

One might reasonably expect that to meaningfully and effectively combat the importation of forced labour goods into Canada, the CBSA would need a new bespoke regulatory and administrative program and infrastructure to enforce this prohibition.

Look out for part 7 of A Guide To Addressing Modern Slavery In Your Business And Supply Chain For Canadian Directors And CEOS: "Due Diligence in Supply Chains."

Stephen A. Pike is a partner at Gowling WLG.

Part 1: Introduction to modern slavery issues in businesses and supply chains in Canada

Part 2: Will Canada take legislative and regulatory action and how will it impact Canadian businesses?

Part 3: Modern slavery and the shifting paradigm of corporate purpose and directors' duties

Part 4: In the fight against modern slavery, COVID-19 presents a rare opportunity for Canadian businesses to get it right