Since launching the new AIAG Core Tools Support™ (CTS) software, we’ve been busy collecting feedback, working on updates and making improvements. In light of this, AIAG held a CTS software update webinar on June 6th, during which AIAG program manager John Cachat shared a short demo, and details on the software’s newest features – added in response to feedback from users around the globe – as well as upcoming functionality to support the new AIAG & VDA FMEA Handbook.

In the short amount of time since the software launched in the final days of March, the user base has grown to include hundreds of professionals in 15 countries. The “go-low and go-slow approach” that allows companies to purchase a single concurrent user license permits several people in the company to become users under that license to review, train and learn. This low-cost approach has very quickly created an active user community with great ideas to make the software easier and faster to use.

Additionally, the AIAG CTS software development team received a copy of the new AIAG & FDA Handbook on June 3rd and have started to design functionality to support the new approach; this is expected to be released late 3rd quarter 2019.

View the June 6th webinar recording on our YouTube Channel now – or, for more information, get in touch: ctsinquiry@aiag.org 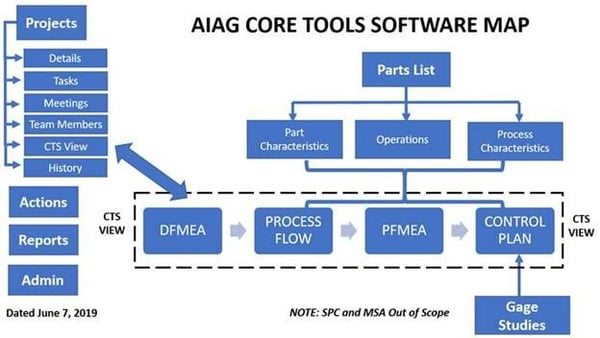