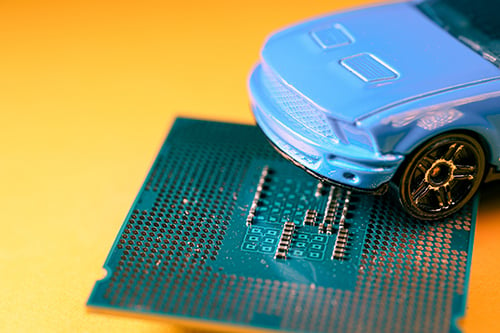 Mike Sturgeon, executive director of ECG – The Association of European Vehicle Logistics, says that the combination of the ongoing war in Ukraine — coupled with the semi-conductor and other part shortages, exploding fuel prices, and inflation — are bringing automotive production to a stop in many places around the world.

In a statement issued on behalf of the Brussels-based organization mid-March and a follow-up interview with AIAG e-news editor Carla Kalogeridis, Sturgeon pointed out that the European automotive industry “stands shoulder to shoulder with Ukraine” and probably employs more Ukrainian citizens than most industries in Europe. The global automotive industry, he added, is heavily dependent on Ukraine for various parts and raw materials, the most critical of which appears to be wiring harnesses manufactured in Ukraine by a large workforce of about 7,000 people who cannot be easily or quickly replicated elsewhere. 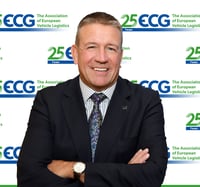 “We need to raise the profile of the issues,” Sturgeon says. “Whole factories have been shuttered with no reopening date in sight. Manufacturers are talking about reopening in terms of months, not weeks. It’s a significant problem for carriers expecting to move parts for those plants.”

In addition to the unique challenges rising from the Ukraine war, Sturgeon says skyrocketing inflation is now being driven even higher by near record-high energy and raw material costs. Fuel is the most significant challenge driving up the prices of assets, whether it be ships, rail, or car transporters. With inflation also driving up wages, Sturgeon says “every cost an operator faces is rising fast.”

That said, Sturgeon says he has been “pleasantly surprised” by the level of collaboration and understanding exhibited between automakers and their partners. “They are being fully transparent with each other, including providing information about future volumes so that capacity can be planned. We used to think that the vehicle shortage in Europe was going to start correcting by the end of this year, but not anymore. The shortage is expected to last at least another year from now. The OEMs have learned how dependent they are on the global supply chain.”

Summing up, Sturgeon says these are exceptional times, but the real problem is that we are “going from one exceptional time to another.” He added that OEMs are working to make sure the next disaster doesn’t hit them so hard.

“Of course, the most important part of what’s happening is the impact on human lives,” Sturgeon says. ECG is raising funds to support its members who are actively engaged in the growing humanitarian crisis. “We have some members in Ukraine who we haven’t heard from in over 3 weeks,” he says. “Our members — especially in Poland — are pulling together their resources to help other members. We’re talking hundreds of people, including children.”

“Our thought is that if we aren’t moving vehicles, we can move people,” Sturgeon says.