FTAs Change Supply Chains, but What Happens When Agreements Are Undone? 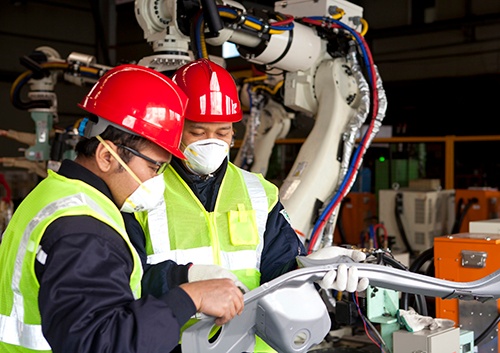 NAFTA has made car manufacturing a complex, border-jumping industry. Both NAFTA and the auto industry may soon change — but how?

Free trade agreements (FTAs) have long had an impact on the shape of the automotive industry. Vehicles are a high-value product, so even a relatively small-percentage cut in duty rates can greatly influence the profitability and competitiveness of the car models automakers produce. FTAs affect not just where auto assembly activities take place, but the upstream supply chains feeding those plants as well.

While Asia and other parts of the world are powering ahead with trade liberalization, protectionism is also trending despite well-established lines of interdependence among key automotive manufacturing countries. While one can debate whether proposed changes to North American Free Trade Agreement (NAFTA) have their upsides, there’s no doubt they’ll make things very complicated for the North American automotive industry.

Since its inception in 1994, NAFTA has exponentially increased auto-related cross-border trade between the U.S., Mexico and Canada. For example, Mexico’s exports of automotive products to the U.S. grew from $175 billion in 1994 to $646 billion in 2015 . NAFTA has led to the creation of a car-parts industry in Canada that feeds Detroit and has increased the volume of car parts and finished vehicles flowing between the Mexico and U.S. border – most often, car parts going to Mexico and returning to the U.S. as sub-assemblies or finished cars. All of this has created hugely interlinked automotive supply chains across the NAFTA area.

For example, in 2016, according to The New York Times, “The United States imported 1.6 million vehicles — mainly small cars — from Mexico. But about 40 percent of the value of the components in those vehicles, such as engines and transmissions, came from plants in the United States.”

Another industry report said, “The United States, Canada, and Mexico produce and assemble automotive parts and components, and these parts and components may cross the NAFTA countries’ borders as many as eight times before being installed in a final assembly plant in one of the three partner countries.”

It’s no surprise, then, that the automotive industry is a focal point for the ongoing NAFTA renegotiations. It would be unthinkable for the industry if NAFTA 2.0 would dismantle the complex, intermingled supply chains its predecessor created.

What is likely to happen is that NAFTA 2.0 will include higher Regional Value Content (RVC) requirements or even increased U.S. content requirements. This would cause auto vendors to favor parts manufacturers in the NAFTA region – possibly causing current Asian and European vendors to relocate more parts capacity to Mexico or the U.S.

If there are increased requirements for U.S. value content, it would put more pressure to create supply in the U.S., which could result in some cost pressures that might be passed on to consumers if the cost of supply is substantially higher than today, given higher labor costs in the U.S. In all events, any sharp requirements to create new parts or assembly capacity within the NAFTA region could cause short-term pain as new supply capacity would have to be brought online.