Mento: ‘In This Trade War Climate, You Need to Focus on Plan B and Plan C’ 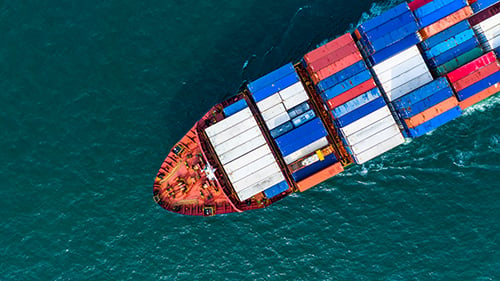 Customs Town Hall Keynoter Pete Mento will talk about how export controls are going to tighten, the role of cybersecurity in international trade, and why automakers need contingency plans for things that they didn’t need before.

AIAG’s closing keynote speaker at the upcoming November 7th Customs Town Hall describes himself as the most unlikely trade nerd you will ever meet.

Pete Mento, a former professional stand-up comedian — and now one of the world’s leading experts on international trade policy and supply chain security — illuminates complex topics in international trade and economics with a mix of history and humour, making him a sought-after speaker around the world.

As managing director and practice leader of Crowe LLP’s Global Customs and Duty practice, Mento focuses on the elimination, recovery, and reduction of tariffs for clients and assists them with trade compliance and cargo security. A customs house broker, foreign relations expert, and trade academic, Mento earned his ALM in government (trade theory focus) from Harvard University and did his undergraduate work at Maine Maritime Academy where he served five consecutive terms as a member of the advisory board.

In this interview, Mento gives a sneak preview of what Customs Town Hall attendees can expect to take away from his talk. 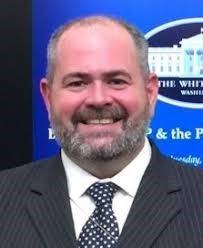 Q: Without giving away too much, what’s the main message of your upcoming keynote at the AIAG Customs Town Hall?

Mento: The American economy is moving from one that has been focused on service and exportation of high-engineered products and more toward an innovation economy really focused these days on ideas. The trade war we’re engaged in now is one in which we are trying to protect these ideas. We are trying to protect the ideas that are going to catapult us into the economy that we really ought to be managing for the next century and maybe beyond, which is one in which it doesn’t really matter where something is made, but it does matter that the idea was created, curated, and protected in the United States.

Q: Can you explain more about this innovation economy and how it will affect automakers and their suppliers?

Mento: As this technical innovation economy continues to flourish and we incubate it here, it is carefully continuing to be weaponized – and there’s no other way to put it. It appears that we’re hearkening back to the days of the early 20th century when we used import taxes to protect certain industries and impose our political will on other nations, making them think twice about how they were going to manage their international trade relations with regards to the American economy. No matter who is in the White House, we are going to see this tactic used in one form or fashion.

My keynote is going to focus on the idea that you’re going to need multiple plans in case this happens again. We’ll cover the over-dependence of purchasing all things from just one country like China or India and the idea that there is only one way of buying things. My talk is about Plan B or Plan C and the importance that automakers have those plans in order.

Q: What other topics will you be addressing?

Mento: I’m going to talk about how export controls are going to tighten, and that you’re going to need licenses for things that you didn’t need before. I will touch on cybersecurity and the role that’s going to play in trade. And then I’ll engage with the audience on the different types of free trade agreements on the horizon as well as the ones that have been agreed upon like the U.S. MCA, which nobody can stop calling NAFTA by the way.

We’re also going to talk about how the next presidential election may or may not affect our trade relationships with countries like India and Japan.

AIAG: So, the audience will take away what the hardest challenges are now and what they need to be doing to protect their businesses?

Mento: Basically, the talk is about how geo-politics will affect their business. It’s a lot more than just the U.S. One of the pitfalls we have when we talk about this stuff is that we get too U.S. focused. It really is a global concern.

AIAG: If any of our readers haven’t made plans to attend the Customs Town Hall yet, what is your message to them?

Mento: This will be the most fun you’ve ever had listening to a speech at an event about customs and international trade.