Why We Do What We Do: J. Scot Sharland 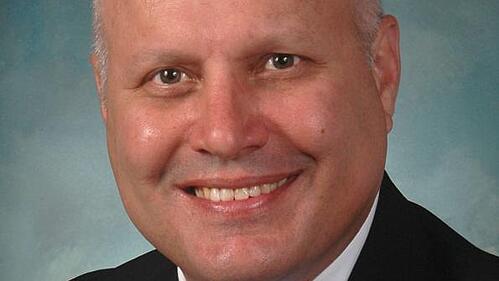 It was 1973. He was a Cuse college student driving a 1964 Buick convertible. And gas prices had quadrupled - to 30 cents a gallon. J. Scot Sharland, executive director of AIAG, recalls the OPEC oil embargo - and hearkens on Will Rogers - in our latest Why We Do What We Do feature.

AIAG: Briefly describe your current role and responsibilities, and how many years you have been in the automotive business.

Sharland: It has been my pleasure and privilege to lead AIAG as its executive director for the past nine years. My three primary responsibilities are to set our strategic priorities, allocate resources consistent with those priorities, and then challenge the logic of our decisions as we work to realize those priorities. I've been in the automotive industry for 36 years.

AIAG: What role have you played at AIAG over the years, and how did that morph into your involvement with corporate responsibility?

Sharland: I was very fortunate to inherit AIAG's corporate responsibility engagement from previous industry leaders like Tony Brown and William Clay Ford, Jr. of the Ford Motor Company, who made it a point of emphasis for their company/global supply chain and championed the need for more industry-wide commitment. My focus has been on allocating the resources necessary to accelerate the implementation of our CR initiatives and provide more pervasive access to the information, education, and tools needed to support our industry’s efforts to doing business in a more socially and environmentally responsible way.

AIAG: Tell us about someone who affected your sustainability journey.

Sharland: For me, the tipping point occurred during the first semester of my freshman year at Syracuse University in October 1973. In response to the Yom Kippur War between Egypt and Israel, OPEC declared an embargo of oil shipments to the U.S., and the price of a barrel of oil quadrupled. I was driving a 1964 Buick La Sabre convertible, and gas was 30 cents/gallon. I realized that the days of the big cars and cheap gas were gone. Henry Kissinger announced Project Independence to make sure we were never shorted on our oil supply again, instituted the 55 MPH speed limit, and launched a bona fide national effort to explore the commercial viability of alternative fuels. Surviving the '73 oil embargo experience and realizing we were at the mercy of the geo-political forces in the Middle East for the foreseeable future really launched my sustainability journey.

AIAG: What is the best advice you have ever received?

Sharland: That would have to be a quote attributed to my personal hero, Will Rogers, who said: "Everyone is ignorant, only on different subjects." I try to always remember that I can learn something from everyone I meet.

AIAG: Can you share a recent accomplishment you are especially proud of?

Sharland: I am very proud of the effort the AIAG team made during the worst economic calamity our industry has ever seen. Through the downturn, we were able to maintain and expand industry access to AIAG products and services because of the personal and professional commitment and sacrifices made by AIAG staffers. As a business, we carefully and successfully managed to the bottom line to assure that we would have the financial viability to make the necessary future investments to support our membership in their own efforts to survive and recover from the effects of the Great Recession.

AIAG: If you had the power to make one major change at AIAG or in the automotive industry, what would it be?

Sharland: The Great Recession disproportionately devastated the sub-tier supply base. These companies were not on the TARP list and struggled to access funding from banks. As a result, many filed Chapter 7 (not 11) and went out of business. The loss of both production capacity and technical expertise is a real constraint to both the speed of our recovery and, given the growing complexity of our products and supply chain, our quality- and compliance-reporting performance. I'd like to help suppliers of all sizes - up and down the supply chain - to be more efficient in meeting the needs and standards of their OEM customers.

That having been said, the major change I'd promote is to ask all OEMs and their tier one suppliers to commit to AIAG membership through 2020. In return, AIAG would make access to all of our collaboratively developed products, services, and standards free to their sub-tier supply base worldwide.

To positively affect change across the automotive supply chain, stakeholders need a membership association that values open, active discussion. And that's where AIAG comes in. We work alongside our members - the experts - to streamline industry practices for the sake of its sustainable, responsible growth.