The Growing Risk of Forced Labor in Global Supply Chains 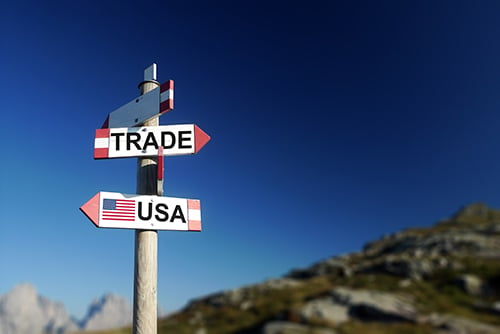 Those of us in the business of global trade compliance are well aware of the increased attention in recent years to the issue of forced labor. This is not a new problem, but incidents in recent years with well-known brands, coupled with new legislation designed to curb behavior of this type, has increased the importance of supplier due diligence for those operating in global markets.

On January 31, 2019, the U.S. Office of Foreign Assets Control (OFAC) issued its first fine to e.l.f. Cosmetics for violating the Countering America’s Adversaries Through Sanctions Act (CAATSA), as it applies to North Korean labor under the North Korean Sanctions Regulations (NKSR). The initial statutory maximum civil monetary penalty amount for the apparent violations was US$40,833,633. This enforcement action indicates that government agencies are watching closely for violations of this nature.

In 2017, CAATSA became law. CAATSA reverses the burden of proof for imported merchandise believed to be the product of labor by North Korean citizens or nationals, wherever located. Under Section 302A, U.S. Customs and Border Protection (CBP) can prohibit import “unless the importer can demonstrate by “clear and convincing evidence” that North Korean forced labor was not involved in the production of the merchandise.” The burden of proof is with the importer.

This combined with the provisions in the U.S. Trade Facilitation and Enforcement Act of 2015 (TFTEA), which allows CBP to issue Withhold Release Orders based on the belief “that goods are being, or are likely to be, imported in violation of the Customs forced labor statute,” should indicate that this issue is being taken seriously.

The OFAC violation stated e.l.f. Cosmetics appears to have violated the NKSR by importing 156 shipments of false eyelash kits from two suppliers located in the People’s Republic of China that contained materials sourced by these suppliers from the Democratic People’s Republic of Korea (DPRK). e.l.f. Cosmetics imported the kits from on or about April 1, 2012 to on or about January 28, 2017. Furthermore, the violation stated that “throughout the time period in which the apparent violations occurred, ELF’s FAC compliance program was either non-existent or inadequate.”

Multiple aggravating factors were noted:
(1) The apparent violations may have resulted in U.S.-origin funds coming under the control of the DPRK government, in direct conflict with the program objectives of the NKSR;

(2) e.l.f. Cosmetics is a large and commercially sophisticated company that engages in a substantial volume of international trade; and

(3) e.l.f. Cosmetic’s OFAC compliance program was either non-existent or inadequate throughout the time period in which the violations occurred, and appears not to have exercised sufficient supply chain due diligence while sourcing products from a region that poses a high risk to the effectiveness of the NKSR.

e.l.f. Cosmetics was able to reduce the penalty to $996,080 as the result of an immediate prior disclosure, as well as having no prior history of violations in the previous 5 years, among other factors.

This enforcement action by OFAC draws attention to the risks for companies that do not conduct supply chain due diligence when sourcing products from overseas. A solid strategy would be for companies to develop, implement, and maintain a risk-based approach to sanctions compliance and to implement processes and procedures to recognize and alleviate areas of risks. This could include, but is not limited to, implementing supply chain audits with country-of-origin verification; conducting mandatory training for suppliers; and routinely and frequently performing audits of suppliers.

Reinforcing the heightened attention to the issue of forced labor, on February 4, 2019, U.S. CBP issued a Withhold Release Order, effective immediately, against tuna and tuna products from the Tunago No. 61 based on information obtained by CBP indicating the tuna is harvested with the use of forced labor. The order requires detention at all U.S. ports of entry of tuna and any such merchandise manufactured wholly or in part by the Tunago No. 61. Importers of detained shipments are provided an opportunity to export their shipments or demonstrate that the merchandise was not produced with forced labor.

The above incidents underscore the importance of integrating an automated supplier risk management and denied party screening solution into your supply chain management strategy. In an unforgiving global market, it has become increasingly important to conduct due diligence when sourcing materials, no matter the region. Implementing a solid strategy not only demonstrates due diligence, but helps your company to avoid fines, penalties, and possible damages to the brand. In light of recent events, now is an ideal time to have a conversation with your stakeholders to consider implementing Supply Chain Compliance and Denied Party Screening solutions to assess and mitigate risk.