Dept. of State’s Eileen Kane: What You Need to Know to Manage Conflict Minerals Reporting 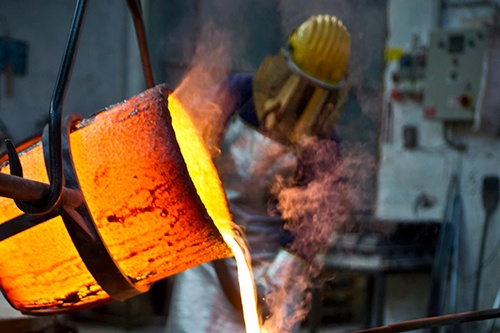 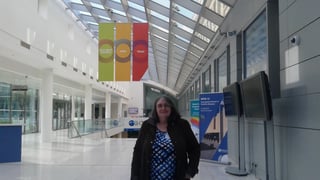 Eileen Kane has been a Foreign Service Officer with the U.S. Department of State since 1989, serving in Canada, Indonesia, and Washington, DC. She has been an economic policy officer for 13 years and in the Bureau of Economic and Business Affairs for the last three years, covering conflict minerals and the Kimberley Process for rough diamonds. Kane will retire at the end of November after a total of nearly 27 years at the Department of State, and AIAG wanted to take advantage of her wealth of experience before she moved on.

Here, Kane shares the most important areas of concentration for automotive companies and compliance professionals.

Understanding the Minerals Supply Chain
“First, let’s just say we [State Department] know it’s a very challenging situation for many companies that are required to do the SEC disclosures, because the sources of minerals coming into their supply chain can be down a number of tiers,” says Kane.

“One thing that’s very important as you’re mapping your supply chain — which most companies are doing — is to attempt to find out where some of the  key pivot points are in terms of the smelters. It also helps to look further down the supply chain and develop a basic understanding of some of the events that are occurring in the African Great Lakes region. Check in every so often with people from the U.S. government as well as other governments that are involved in supporting traceability schemes. Look over the documents that have been created by the Conflict Free Sourcing Initiative (CFSI), which has been very active in supporting traceability efforts, and look at what the iTSCi (ITRI Tin Supply Chain Initiative) scheme and the Better Sourcing Program are doing. Don’t just think that because things are so far down in the supply chain, it is impossible to get a basic understanding of the origin of the source minerals.

Implementing Due Diligence and Best Practices Takes Time
“Secondly, best practices are evolving and have already been (and will continue to be) articulated through some of the work of CFSI and OECD. There are also recommendations from organizations such as the Responsible Sourcing Network and Global Witness, so pay attention to what they are saying about looking beyond current practices — beyond just doing the minimum required.

“Keep going. This [due diligence] is going to take some time. It requires some persistence and perseverance. Know that the State Department is on your side and we have been trying very hard to make sure there is responsiveness from the African governments, from the Chinese government, from overseas industry groups in understanding what [conflict minerals] compliance requires. Companies can always come and bring questions.

“A really fabulous resource is the Public-Private Alliance for Responsible Minerals Trade, which is a public/private partnership that the U.S. State Department, USAID, companies, and NGOs have put together. This group now has 52 current members, and the members of that group — particularly the Governing Committee — really understand what’s happening along all different stages of the supply chain.  We’re happy to share this knowledge with those who want to understand it.

“Just know that persistence has to be part of the equation. Also, remember that an architecture is being built all along the supply chain for these minerals, and it’s important to be aware of what that looks like in different places and how that knowledge can help you. For example, the Better Sourcing Program is trying to come online, supported as a pilot project by USAID, and the Rwandan government is trying to develop their own independent government traceability systems while currently participating in the iTSCI program. We all acknowledge that the iTSCi program is very important at this time because we’re all in the stage of building that [due diligence] architecture. I myself have met with a number of Chinese industry groups and several Chinese companies, and I know they are also looking at how they can work with others in the supply chain.

“There are clear experts out there who have made themselves available to help, so don’t be afraid to ask. For example, Intel and others on the CFSI advisory board — even if they aren’t in your individual industry sector — are willing to talk and share some of what’s working for them. There are also people both inside and outside of the automotive industry who can help you articulate best practices.

“There is also the Conflict Minerals Consortium on LinkedIn where you can ask questions My opinion is that it’s currently a quiet group when it comes to discussing best practices, but I’m hoping to contribute more in the future.”

Dodd-Frank Section 1502 is Bringing Good Governance to Central Africa
“I don’t think people are aware of how much progress has occurred in Africa,” Kane points out. “Many people have seen the press reports that say [Dodd-Frank] is making no difference; there has been no change; this is not helping; it’s a tremendous waste of time. But this is NOT a tremendous waste of time, and that’s the message I consistently bring from the point of view of the Department of State, where we look at these issues as a foreign policy issue as well as an economic issue.

“We have, at this point, instead of the entire eastern part of the Congo inflamed in a terrible, brutal war, a situation that is calming down. Conflict minerals is not the only reason, because there also has to be an injection of good governance and security sector reform, but what’s happening is that Dodd-Frank 1502 has been a catalyst to get African governments in the region to seriously look at their governance of the minerals sector.

“This is not a region that US companies can turn away from. They could turn away for a while, but this cannot be a long-term strategy, because so much mineral wealth resides in central Africa. The importance of good governance is not only going to help bring political stability and peace to this region, it is going to be very important to everyone economically in the long-term.

“I’m actually thinking 50 years ahead: the investment we are making now to promote good governance is only going to pay off for US industry and our economy in the long run,” Kane explains. “This is what has to be understood: This effort is a marathon, not a sprint, and people should know that the catalytic nature of this [Dodd-Frank] is very compelling. I was in the Congo last year, and one of the most telling things was the number of acres that were under cultivation. People were growing food everywhere and, to me, this says that people had confidence and a sense of security. So at this point, we’re dealing with hot-spots. This is not to say there aren’t still armed groups that are having a very negative effect, but peace is slowly coming to the Congo, and we just have to continue to keep up this pressure.”