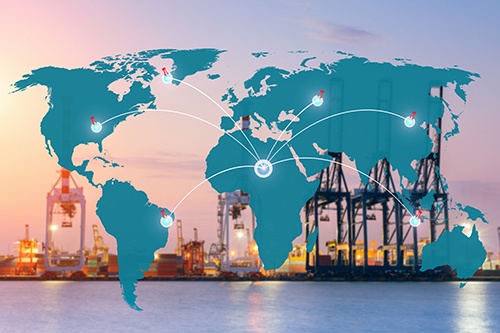 Automobile brands are among the most iconic images of their respective countries. Lamborghini is essentially Italian, for example, while Volvo is inherently Swedish and Jaguar classically British.

Brand imagery may be the only thing about the automobile industry that globalization hasn’t changed. (For the record, Lamborghini is owned by Germany’s Volkswagen Group; Volvo Cars is owned by China’s Geely Holding Group; Jaguar’s parent company is India-based Tata motors.)

Today, automobile manufacturing is a politics-infused, border-spanning process in which risks are as apparent as rewards. I’ve covered the automobile industry for 11 years, including the last two at Reuters, and I have seen the impact globalization has had on the industry. Looking into the near future, here are three more areas where I expect it to have a major impact.

Supply Chain
There are still consumers for whom phrases like “Made in America” or “German engineering” hold significant appeal. The reality is that the business of making cars is so complex that in nearly all cases, saying a vehicle was made in this country or that country is an oversimplication.

As supply chains have become more intricate, they have also become more fragile. For example, Japan’s Takata Corporation was one of the automobile industry’s largest suppliers of airbags. Then, its air bag inflators were blamed for the death of 18 people around the world. What followed was the largest recall in automotive history, a $1 billion settlement with the U.S. Justice Department, and a bankruptcy filing. Now, Takata would like to sell its business to rival Key Safety Systems. As a result of Takata’s struggles, automobile manufacturers have had to scramble to find new air bag suppliers and deal with legal fallout of their own recall-affected vehicles. The Takata fiasco is extreme, but it does illustrate the complexities of the automobile industry’s modern, globe-circling supply chains.

International Trade
As the U.S., Canada, and Mexico meet in Mexico this month to discuss “updating” the North American Free Trade Agreement, Canada may not have much to worry about, but Mexico will. Mexico has proven to be a very attractive locale for automobile manufacturers, with almost all major global car companies having significant operations there. Although Mexican facilities are cost-effective and efficient, they run the risk of irking politicians and attracting accusations of offshoring jobs. They also potentially dilute the idea of a company’s authenticity and heritage.

The trend of automobile manufacturing jobs moving to Mexico has taken years to develop, so it is not likely to change overnight — absent  punitive trade decisions. It’s still not clear if the current waves of protectionism and animosity toward NAFTA (from some in the U.S., at least) will convince automobile manufacturers to change their plans, or if they end up weathering the political storm and staying the course.

David Shepardson is a correspondent for Reuters.